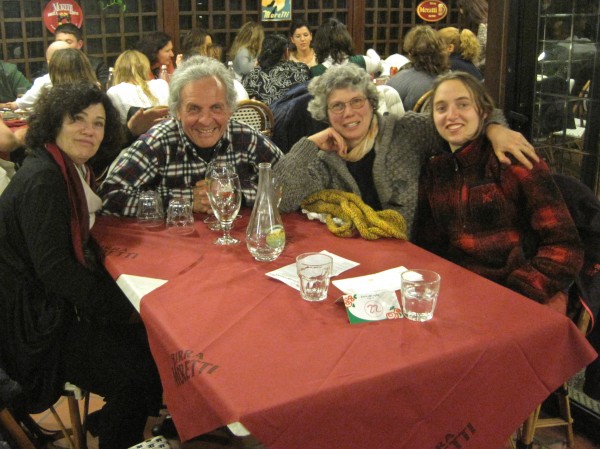 If I didn’t have this blog and my photos, I might have dreamed the entire adventure.

Thanks again to Anna’s pharmacy, I was able to sleep on the plane. Interesting that on the way over I was bright eyed the entire flight and there were few movies I wanted to watch. On this return flight there were at least eight movies I would have enjoyed but I dozed and even rejected the meal.

It was nice to finally arrive home and find it festooned with flowers and much cleaner than when I left. I was a bit worried that Bernard had followed through on his threat to restore one of his motorcycles in the living room. No trace of motorcycle grease anywhere (except in the bathtub, but that’s another story.)

I unpacked immediately. I wanted to see if the olive oil and hand made papers had made it safely home and soon the dining room table was loaded with spice jars, table cloths and books. I was happy to see my art table, ready for work, in a corner of the dining room.

Soon it was 4:00 AM Italy time and I was able to sleep for a few hours. When it was light, I looked out the window and recognized the mountain of snow in the back yard had turned smoky grey. The snow had receded somewhat because there were patches in the yard where I could see the earth  . But the temperature was below freezing and the landscape was without colour. I felt like Dorothy in The Wizard of Oz but in reverse. I had gone from technicolor to black and white after my trip in the sky. 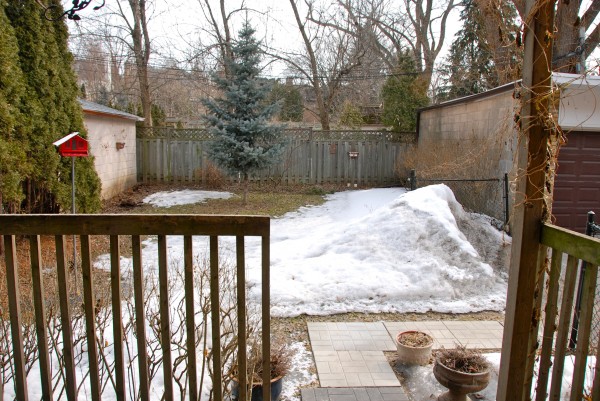 Later that morning, Bernard insisted on taking me to High Park, to see the animals and walk in the woods.  I brought my camera, hoping to find some beauty.

I did see three robins- a sure sign of spring I thought. Later I heard that now the robins hang around all winter due to climate change. 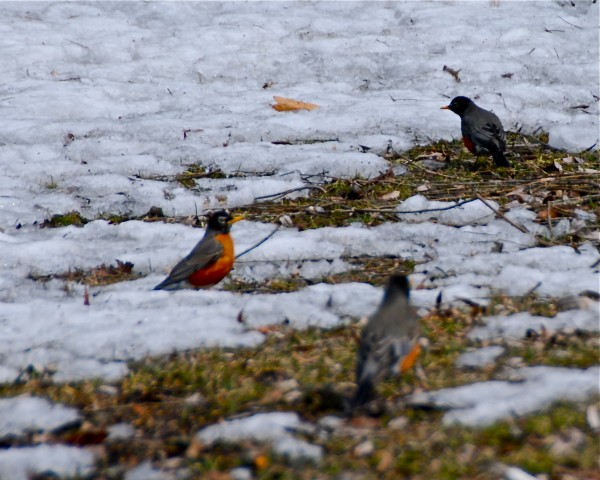 The bison, mountain goats and peacocks were entertaining but I don’t like to photograph animals behind barriers so we stared at each other in the cold.

Later I went to Lady York, an Italian grocery store. I used to feel sad  here because it made me homesick for Italy.  But now I was eager to hear the language and admire familiar products.

When I walked over to Yonge Street to re-start my phone, it started to snow. Not lovely big flakes- but a flurry of blowing in your face cold wetness.

Part of my strategy of going to Italy was to escape winter and return to spring.   But this winter was the mother of all winters, reminiscent of 1976, the year I decided to move to California.

I had gotten used to Italian doors that push open and pull close and now I must reverse until it becomes a habit once again.

I learned that I get anxious without an Internet connection. I’m fine if I know in advance; like in Sicily I knew I would have no connection. But I did go a bit nuts anytime when I expected Internet and it wasn’t working. Five hours in Frankfurt with a weak signal was painful.

The next few days I lay low, making cards, looking out the window and deciding I didn’t have any pressing reason to leave the house. On April first, I promised myself, I would start participating in the world again.

I will go to the gym, enroll in Italian classes, work on Pronto Marcella’s first event, expand my card business and return to type books on the weekends. I will answer my phone, respond to emails and make arrangements. 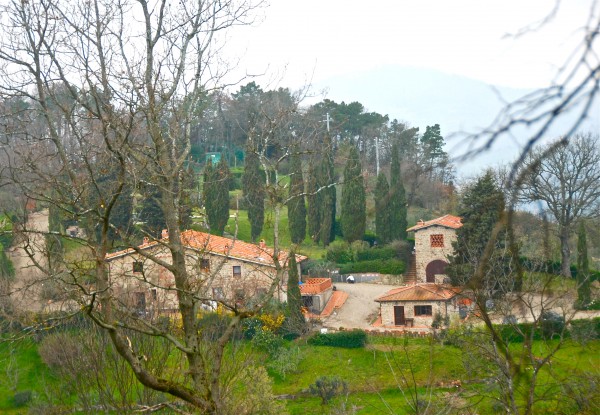 But until then, I have given myself a gift, the ability to cocoon for a few more days.

I have made two big bowls of finnochio and orange salad, I have cici beans soaking and I’m going to make soup today. 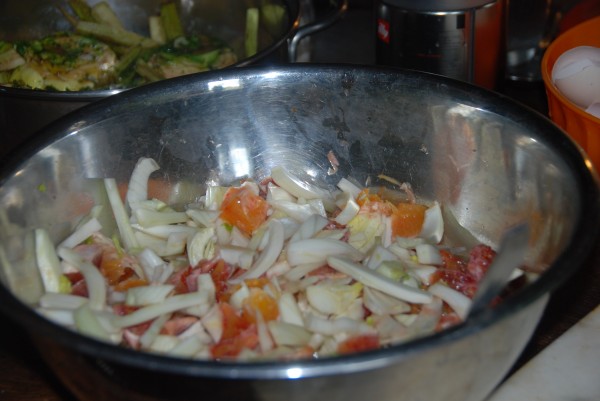 I’m hoping I will see some beauty after April 1 and keep this blog going with words and pictures. I hope I still have a few things to say.

One thought on “back home”