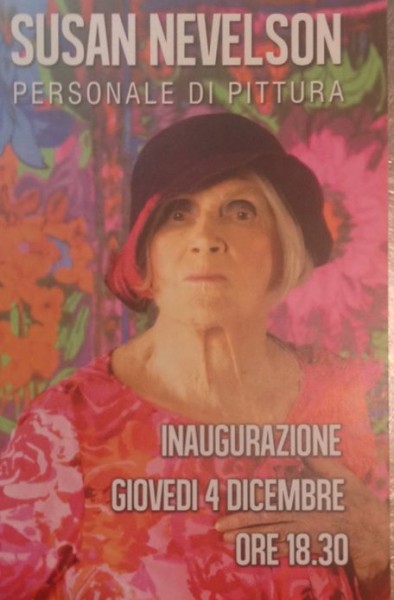 We return from Venice in time to be present for the opening of my friend Susan’s art exhibit. From the train station we walk to “Wave” on via Santo Spirito where Susan’s paintings from her personal collection are on display. 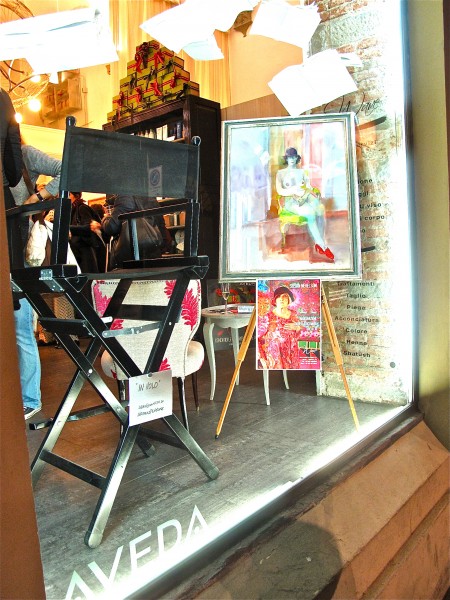 The window at “Wave” on via santo spirito, 27

The salon is packed despite it being a rainy Thursday night.
I recognize many of the paintings from Susan’s home but there is some art I have never seen before.
Susan looks glorious, belying her ninety years. Dressed in black with one of her own floral scarves draped around her, she has the presence and vitality of a much younger woman. 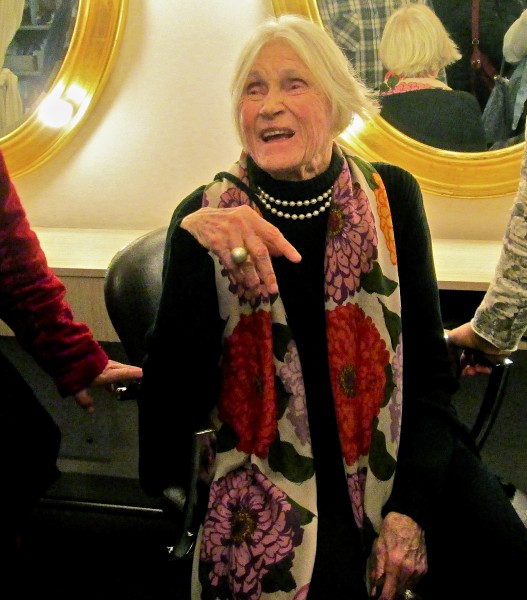 Susan was the principal designer for Ken Scott. She painted the designs and he transposed them onto different fabrics that became dresses, scarves, bed linens tablecloths and much more. In the late sixties and seventies movie stars posed in magazines wearing his dresses while Susan traveled the world with Ken Scott on a yacht. The stories she tells are worthy of a book or a movie.

Currently Susan is featured in a show at the Pitti Palace Costume Museum, titled,“Women In the Spotlight of the 20th century.” But tonight’s show is more personal and tells her life story in watercolors, pastels, and ink.

The crowd consists of smartly dressed couples sipping prosecco patiently waiting to talk to Susan. A man with shoulder length white hair gesturing with a stub of a cigar is well known by this crowd. His name is Victor Caulfield originally from Australia. 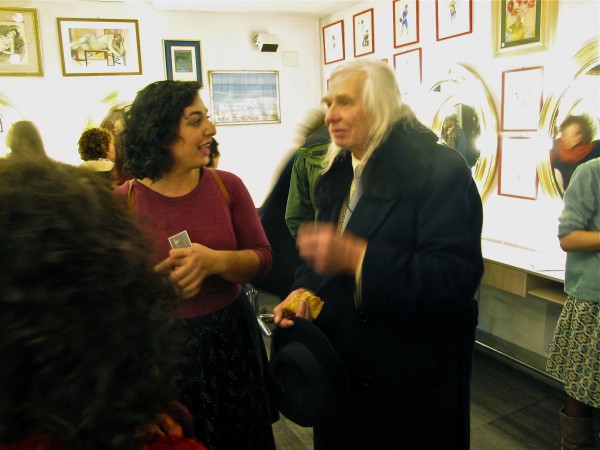 Eric, the director of Villa la Palagina,arrives. He is the person who first introduced me to Susan, many years ago. Kathleen Knippel of Fuji studios, an artist who also teaches at the Accademia Italiana, arrives to thank Susan for teaching her to do repeats on fabric thirty-five years go. Bianca is one of her textile design students as well as being my good friend. Bianca’s mother, Rita is the first person to make a purchase tonight. Rita has never bought important art before but tonight she is honoring the one-year anniversary of her mother’s death so she chooses a spectacular painting to hang on the wall of her new house. 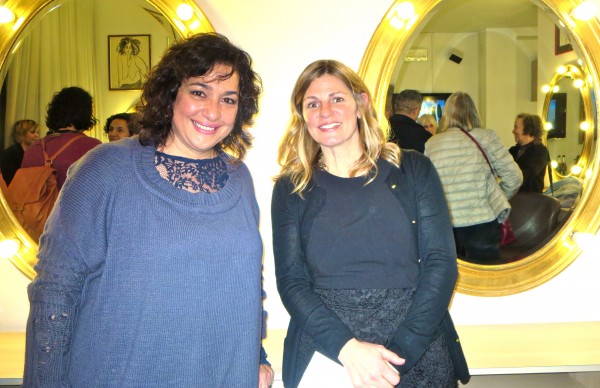 Rita and Jennifer at Wave 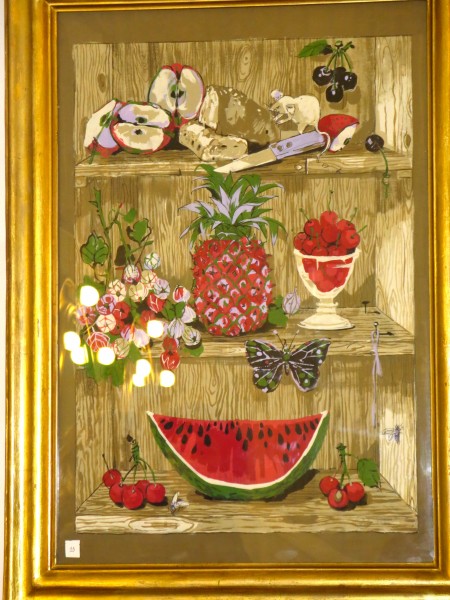 The fruit painting purchased by Rita

Magical connections are made tonight. Wave will benefit from attracting new clients, Susan’s art will find new homes and potential friendships are planted like seeds, some destined to thrive, others to only sprout.
But at this moment, we are all connected through Susan, as part of her life story told through her art.

2 thoughts on “How to Age Well”