At first, it sounded like a crazy idea. My Italian friend Cristina phoned me late one night to tell me that her brother, Stefano, had invited me and my American friends to listen to the male red deer “singing” to the females under the upcoming full moon. Stefano was gathering information for his hunting association. He needed to record the deer population and later, with the University of Florence, they would decide what culling was needed. 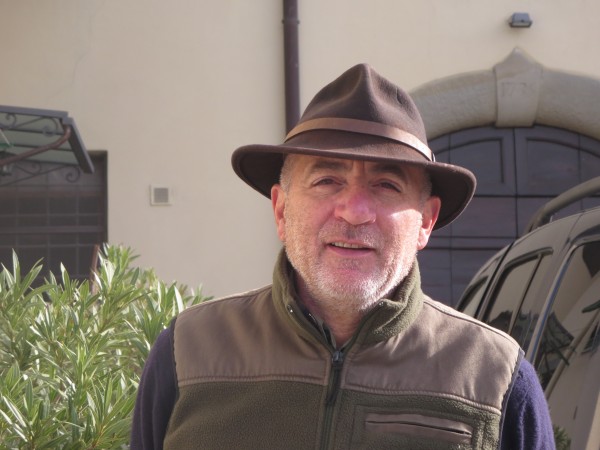 Stefano, Cristina’s brother, who arranged our adventure in the woods

The more Cristina talked, the more curious I became. Of course, there were no guarantees we would hear or even see the deer.
My California group assured me they were on board, even though I had few details.

On Saturday night of the full moon, we dressed warmly and drove to Vicchio, about an hour away from our Agriturismo in Poggio all Croce.

Luca, Cristina’s husband told me, “You must be absolutely silent Marcella.There can be no talking.” This man knew me well!

While we waited in the van for further instructions and the rest of the groups to arrive, M’Liss got restless and stepped out. She quickly returned.
“Nothing out there but a bunch of cows. Can’t see them but sure can hear them.”
Cows? Here in the woods?
Once we were instructed to get out of the van, it was clear M’Liss’s cows weren’t cows at all. The male deer were singing.

We stood looking into a small clearing where the sounds originated.
In time, we could hear five distinct voices.
Stefano explained:
“The male deer are shouting to each other in competition for the females. Only one male, the strongest one will be left to mate with the females. When it gets down to the final two, one must retreat, or risk death”

After about an hour, we heard only four voices and the fifth voice mournfully retreating into the woods.
The musky smell I associated with male goats filled the air. When I asked Stefano about this odour, he got very excited.
“ Yes,! The males have been urinating on their bellies. In fact, their bellies have turned black. The smell alerts the other males in a show of strength. Of course, we don’t hunt during mating season because we must protect the species. We cannot kill the strongest males because the population would become so much weaker. But even if we did hunt at this time, we would find the taste of the meat very strong because it is full of hormones.”

Five minutes later, Stefano was even more animated.
“Look! Can you see him?”
Now a strong light was shined and yes! We could see one of the deer. He looked like an elk with an impressive set of antlers.
“He doesn’t care what we do now. He is totally engaged in fighting for the females. Normally he would have run from us as soon as our cars arrived.”
The silent rule did not apply anymore as the hunters talk excitedly among themselves.
They were plotting the locations on a map using a compass, the kind I used in elementary school to draw circles. They were other groups, about a hundred hunters in all, stationed along the hilltops, taking measurements which would later be delivered to the University. There the data would be analyzed and the information consolidated.

Meanwhile, the chorus continued, punctuated by a lone dog barking in response to the deer singing or perhaps affected by the full moon, or both. Soon it was down to three, then two males.
We heard the clash of the antlers as the final two decided who would win the prize of the females. These majestic beasts were engaged in a ritual older than time. The females grazed nearby, waiting for the outcome. At the end, I was told the strongest male will stand in the middle of a circle, surrounded by the females who will knell in respect. The new harem is founded and soon babies would be born.
The weaker males have gone to find other harems to dominate. This rite will continue throughout the autumn. 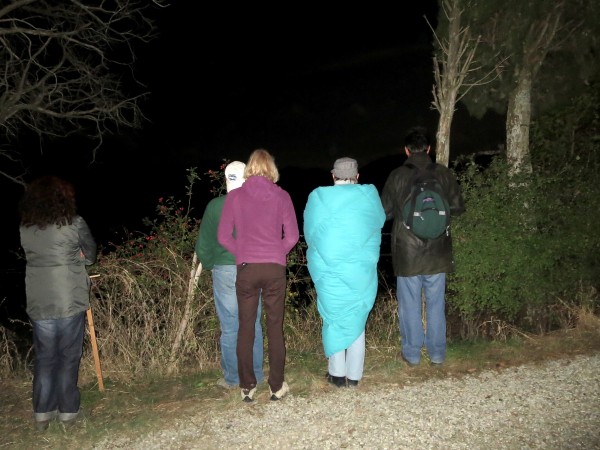 Deer singing under the full moon! 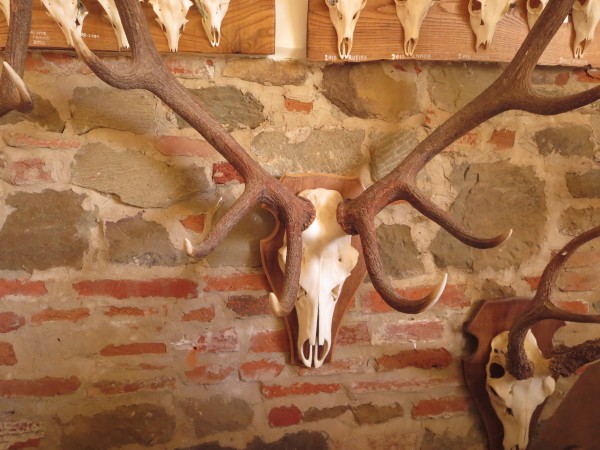 One of the Red Deer that Stefano was contracted to hunt a few years ago.

Deer sing in America too!
https://video.nationalgeographic.com/video/elk_bugling

4 thoughts on “Deer Singing Under the Full Moon”