On Sunday afternoon I was out for a walk with Elettra and the three dogs when a small truck drove by with a cargo of freshly killed cinghales.
The truck passed so fast that I didn’t even have time to get my camera out of my pocket.

Elettra said, “I think I know where they are going. Do you want to try to find the hunters?”

Thirty minutes later, after a few stops, we walked down a dirt road and found about fifteen men and seven dead wild boars.
We were welcomed and each given a pendant made of cinghale teeth. 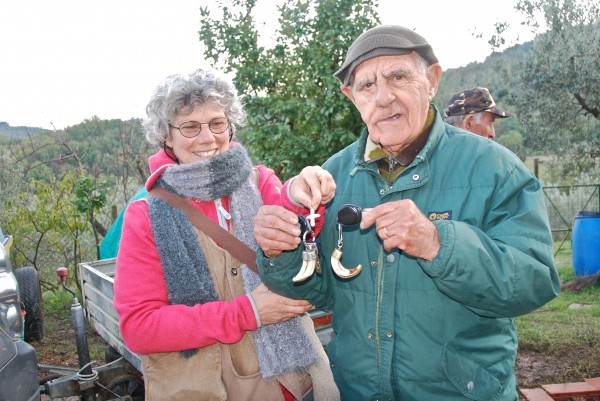 Another man gave Elettra some liver that she cooked for dinner. There was enough for the dogs to enjoy as well.

I was introduced to some of the hunting dogs. There were twenty or more confined in concrete pens, with their names labeled on the iron bars. This canine prison smelled worse than the cinghale butchering area. The man in charge of the dogs seemed to have genuine affection for them, but it was a sad place. 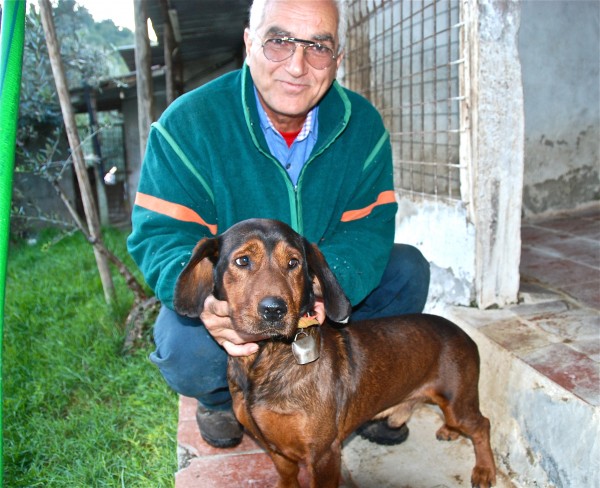 The cinghales destroy so much of the land and crops here in Tuscany. The damage is widespread and can be seen everywhere in the countryside.
The problem started when a new breed of boar was imported from Hungary years ago, it was bigger and produced more offspring. Their only natural enemy was the wolf but there less of them around today so the cinghale population has grown. However I have since learned from Nora at the Cashmere Goat Farm that the wolf is a protected species and they have killed many of her goats. Not many people know about this and there is much misinformation. 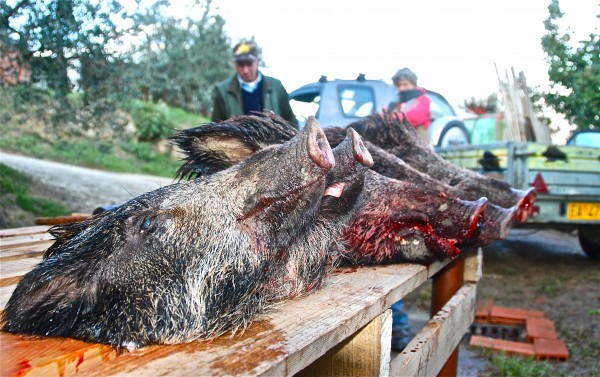 .
The old men had quite a system worked out- you could tell they had been hunting together for years.
No orders or instructions were needed, everyone had a job. It was like a well-choreographed ballet. 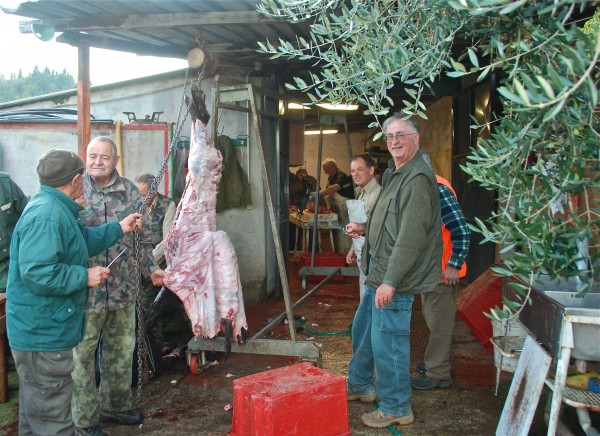 Some men worked skinning the hide, butchers handled the chain saws, there were men whose job was to put the unusable stuff in garbage bags .(the pelt, ears, and offal) Usually every part of an animal is used in Tuscany but there are parts of cinghales that even dogs won’t eat. It’s strong meat!

One man’s job was to cut out the tongues and teeth.
It was a very efficient process. 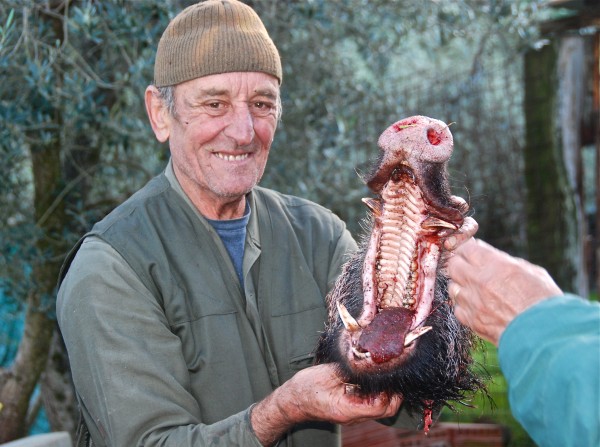 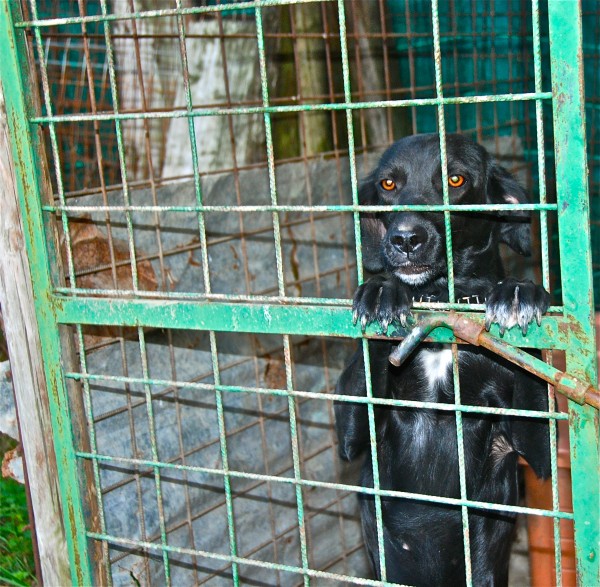 One thought on “My Crazy Italian Life, Part Two”